Vaping at a Glance – What You Need to Know about Vaping

Vaping devices are known in many names, including e-cigs, e-cigarettes, mods, vape pens, vapes, and e-hookahs. They also come in numerous styles. However, no matter their appearance or what name you call them, the popularity of vaping devices continue to grow by the day.

One of the reasons behind these numbers is the belief that vaping is somewhat free from risks. Although the safety of e-cigs hasn’t been completely studied yet and their long term health risks have not yet been known, there is growing evidence that shows that using e-cigs may be associated to several health risks.

Vaping Devices and How They Work

Vaping refers to the act of inhaling aerosol that most people assume to be vapor produced by e-cigs or similar devices. To produce the aerosol, vaping devices use battery for heating up the e-cigarette’s contents that can include flavorings, nicotine, as well as other additives. These vaping devices resemble cigarettes, pens, or USB flash drives for computers.

Are There Risks to Vaping?

Scientists continue to learn the long term health benefits of e-cigs in vapers and in those inhaling secondhand aerosol vapors. Nicotine, however, whether it comes from a tobacco product or a vaping device, is extremely addictive and could lead to serious health concerns for young adults and adolescents, pregnant women, and developing fetuses. This is toxic to children and toxic if absorbed through skin, inhaled, or ingested.

Aside from nicotine, aerosol may contain the following:

Vaping may even expose people to some possible dangers that include fires and injuries from defective batteres that could explode, particularly while recharging.

Young people who are vaping or those who have exposure to secondhand vaping aerosols are warned by the authorities of putting themselves at some risks for serious health concerns.

Can You Quit Tobacco Products Through Vaping?

There are limited evidences all in all that e-cigs are effective smoking cessation aids. In one study conducted on over 800 people, there was only around 9 percent who stated that they were using e-cigs to assist them in stopping smoking the usual cigarettes have reported that they quit when asked after a year.

In spite of the different and varied opinions about vaping, there are still so much worth to be known and discovered about this. 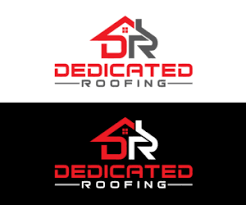